This is my last summer in Texas and to celebrate my moving to Washington DC, Texas has blessed us with the worst drought in over 100 years AND for the past 70 days we’ve had temperatures over 100 degrees, which is a new record (breaking the record previously made in the 1920s). Go Texas. You know, when I first moved to Austin, I couldn’t figure out how people did this every summer, but I quickly learned that the general consensus on how to stay cool is “don’t go outside.” So that’s what we do. We also use the heat as an excuse to visit snow cone trailers, eat ice cream cones, and not wear pants around the house, but what I really want to talk about is dessert.

At Isabelle and Andrew’s wedding, they had the most amazing frozen desserts by The Mom & Pops. Really amazing. Pineapple-and-rosemary blend amazing. About a week ago, I stumbled upon this recipe for watermelon-mint ice pops. I liked them enough to think about making them and talk about how good they probably are on Facebook, but apparently not enough actually buy the ingredients. First of all, watermelons are heavy. And I’m only 5 feet tall. And secondly, I wouldn’t even know where to begin to look for popcicle molds. All hope seemed lost. I’d nearly given up on my homemade dessert dreams until today. I was finishing putting together a wedding slideshow when I remembered Isabelle and Andrew’s amazing wedding treats and I had to have some.

So now it’s Sunday, 110 degrees, sunny, a little humid, and I’m about to head out to grab some treats, but first, I wanted to share the photos that inspired me to finally go out and make some pineapple-and-rosemary level frozen desserts. Or (much more likely) buy them from Whole Foods. After all, who wants to make food when it’s this hot out? 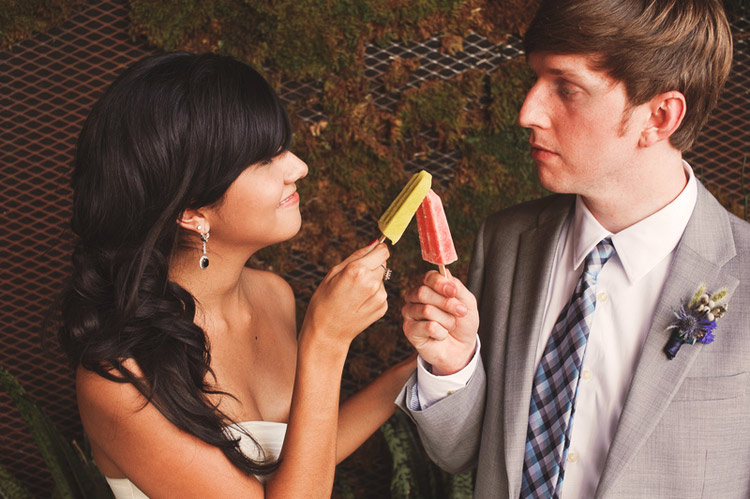 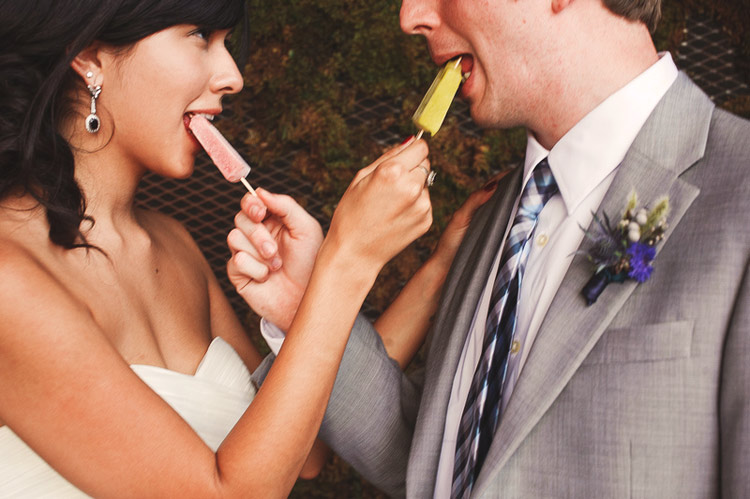